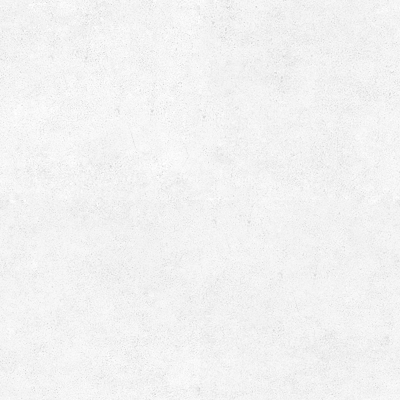 To understand the significance of the answer, a little background information is necessary.

Until a few years ago, no one focused on producing a radiant heater for residential applications that produced specific far infrared radiation.

BioSmart Technologies was one of the first companies, back in 2004, to design portable infrared heaters using industrial FIR technology to produce infrared wavelengths in the 6-15 micron range. To do this, we used infrared quartz tubes, the same as those being used in commercial applications worldwide.

Today, there are more than 9 Chinese manufacturers who have entered the U.S. market in an attempt to infringe our patents and copy our technology, but they have not succeeded. Most of these heaters end up in the junk pile after 2-3 years. Cheaper parts, poor performance, and no customer support have caused most of them to come and go within 2 years. But, there is more to the story.

Even though many of them have attempted to use our patented infrared quartz tubes, thereby infringing our patents (we have filed several lawsuits), the heaters they produce still do not produce enough FIR in the most advantageous wavelengths. You need the 6-15 micron wavelengths in order to warm the objects in the room quickly before the energy escapes through the walls.

You see, our patented infrared quartz tube was only half the story. These manufacturers totally missed the other half. Let us explain. Most of the infrared that is produced, including the visible energy that is released, is caused by the direct heating of the quartz material around the heating element. 90% of the near and medium infrared is absorbed by the silica quartz glass tube causing the temperature of the tube wall to increase, and this causes the silicon-oxygen bond to radiate FIR, specifically “far infrared rays”. When our lamps are at full power, less than 5% of the emitted energy is in the visible spectrum, which is a good thing. Most of the counterfeit heaters on the market use glass instead of quartz tubes to surround the heating elements because it’s cheaper.

Now, as Paul Harvey would say, “Here is the rest of the story”. In an industrial application, we would use a gold coating on the quartz tube that reflects the infrared radiation onto the surface we want to heat. In our quartz infrared heater, we weren’t ready to eject the radiation into the room until it had passed by a series of infrared emitters, not just one. We purposefully directed the infrared radiation down through the heat chamber by taking the reflection off the quartz tube and aiming it with a copper surface towards the air duct. What we found was that we could direct much more radiation using a copper surface which acted similarly to the gold. The copper surface reflected the FIR radiation in the direction we wanted it to go. this was not a random act on our part. remember that FIR travels in a straight line but can be reflected and deflected. everyone else tried to ‘mimic’ us and put a bit of copper here and there to make it look like they were just like us, but the copper was in the wrong place.

The end result of our patented heat chamber design is this: Nearly all the electrical energy input is converted into FIR WAVELENGTHS and is then directed through the heat chamber by reflectors. As the heat chamber becomes hotter, this far infrared radiation develops precisely the right energy to interact and be quickly absorbed by water molecules (the magical 6-12 micron wavelength). The water molecules absorb the energy as their temperature increases accordingly. The water molecules are then ejected through the exhaust duct of the heater into the air where they re-radiate the heat to the surroundings almost instantaneously. When measured with a thermometer, the absorbed heat radiates through the entire air room faster and penetrates more deeply than it would have if the wavelength were not optimal. That is why the room temperature from floor to ceiling and from one end of the room to the other will always be within 2 degrees when using one of our infrared heaters.

In clinical tests with other infrared heaters, the BioSmart heaters overall achieved optimal room temperatures as much as 2.5 hours sooner than our competitors, given the same space and temperature start point. 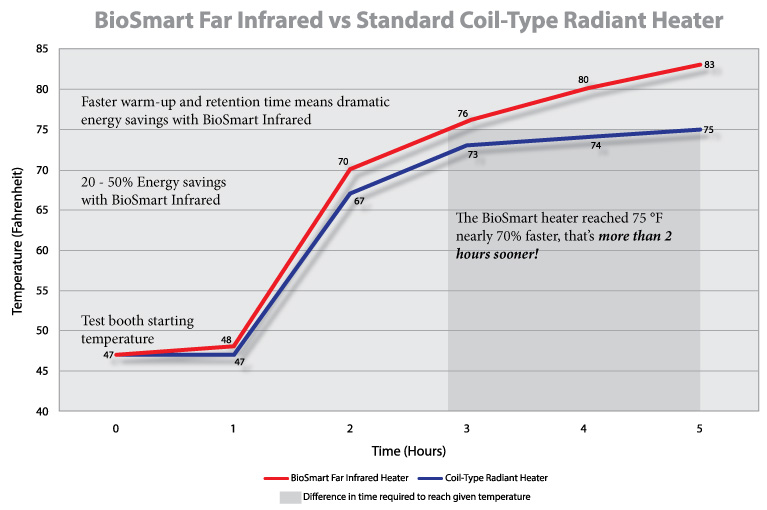 In addition to the energy savings experienced with our true FIR heaters, the absorption rate of the infrared waves makes you feel comfortable at lower temperatures. You warm up faster, and you feel warmer in a room that is 2-3 degrees lower than you were used to.

On a separate note, PTC plate heaters do not produce FIR, period. Yes, they are infrared, but so is 90% of the infrared band that is not absorbed by the human body or the objects in the room.